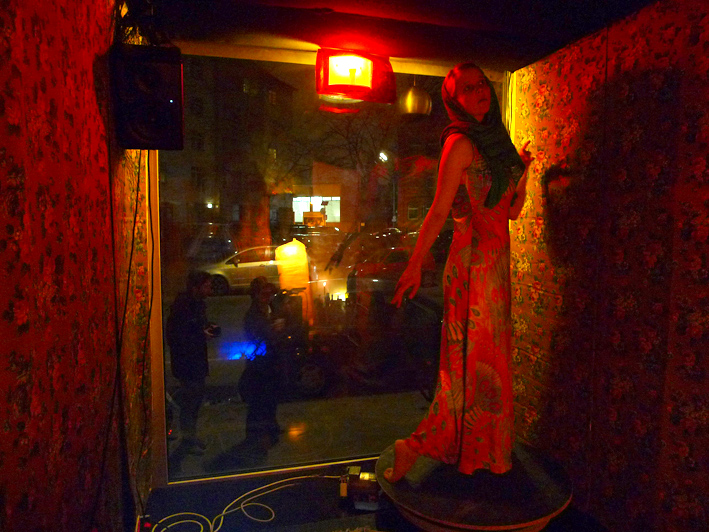 A music box in human scale was built in Berlin to host musicians and performers, which became in a symbolic way, the gears of the music box. One thousand kilometres away, in Bologna, another music box (this one in normal size), was situated in an apartment from where people could listen the radio show created by the miniaturized artists