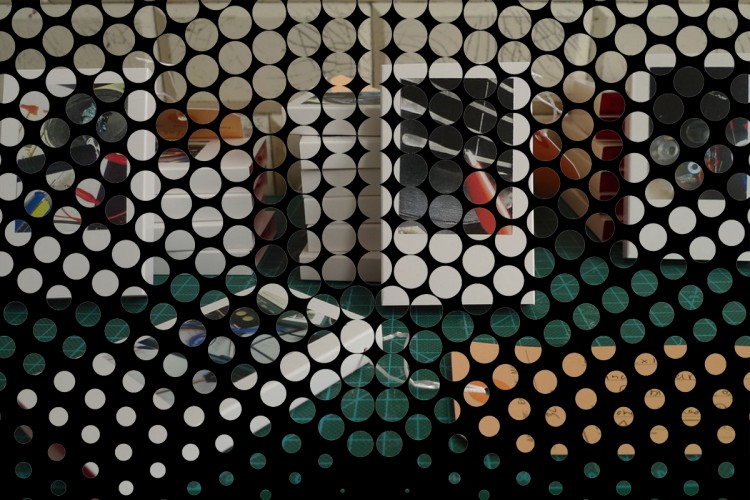 A possibility (one of many)

Tape release of the radio residence made during April 2015 at Radio Picnic in Bruxelles. 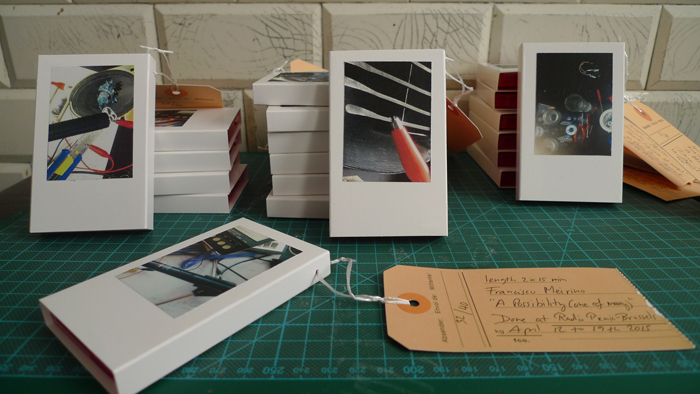 Source recordings were conducted in the basement at Radio Picnic headquarters in Brussels, among all the gear available, I chose to use, as I often do in my body of work, only the low tech gear I found there, such as : a broken 7’’ record player, a dusty cassette recorder with a saturation problem, a couple of broken speakers powered by two 9 volts batteries and alligator clips, an AAA battery powered transducer, 3 xylophone bars (C / G / A), a rattle egg, a barely functional Electribe drum machine, an electronic organ that buzzes due to poorly shielded external output, a home-made loop cassette tape, paper, plastic, metal and a cheap shotgun microphone with phantom power issues.

The basement is not soundproof, we can hear the outside world, its sonic print entered the recording chamber and delivered an unexpected sonic treat to my recordings. A part of the piece also features a binaural audio document of a walk through one of Brussels flea markets, perverted with a later addition of uncontrolled voltage discharges, recorded in the same basement as the rest of the piece.

To give a new attention to these sounds, I conducted a simple auditory discrimination task through the deterioration of these sounds with the addition of surface noise and static hum problems.

It is an attempt at sonic stimulation of these dying piece of “obsolete” equipement.

It is an attempt at an extreme subdivision of the aural frequencies of the objects I’ve found in that basement.

It is an attempt at exposing their primary auditory spectrum, their raw beauty.