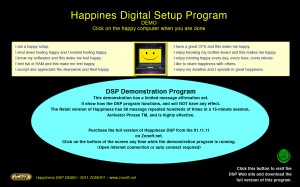 Welcome to the Installation Program. You will be guided through the steps necessary to install this software. INSTALL ONLY if you want. Note: This is an experimental happy version of Happiness Digital Setup Program 1.0. . This is a work in progress.  Not all features of  HDSP 1.0 are implemented in this happy version. This […] 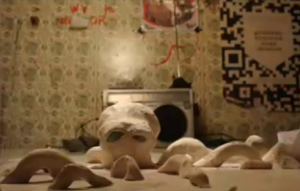 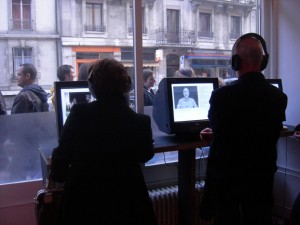 Espace Labo, Geneva http://www.espacelabo.net Zonoff transform the Labo Art Space in an Internet café Five computers allowed watching 25 videos made by 25 artists from different background Through this Internet café, the art space became as democratic as the Internet where international artists have the same visibility as the art students. Works by:  Angela Marzullo, Caspar […] 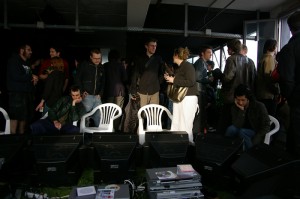 Le plus beau coucher de soleil is a book and co-edited by Zonoff, activeRat and dasein It’s a collection of 14 videos presented by Zonoff on the May 1, 2008 in Geneva These films are accompanied by a book of 428 pages 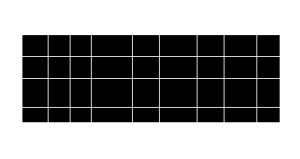